Radford University is now one of a handful of schools in the United States to have a chapter of the Ask Big Questions organization on campus. the organization has partnered with many other organizations around campus including the Center for Diversity and Inclusion, the women’s study major, as well as holding talks for various other groups on campus.

Ask Big Questions is an organization that came out of the North Western University in 2005 and was founded by Rabbi Feigelson at the schools local Hillel chapter. Since then ABQ has spread nationwide and there are chapters in 13 universities as of 2013 including the University of Virginia, Hofstra University, Cornell University and the University of California- Berkeley.

The purpose of the organization is to encourage students to  think critically on a variety of broad, big picture questions in a group and then discuss their opinions. Some questions prompted at these discussions are along the lines of “What should we sacrifice to change the world?”, or “Would you give more money to science or the arts?” While ABQ is a project put out by Hillel the questions scope is secular, and any and all are encouraged to join.

For an ABQ group to be opened on campus there does need to be a Hillel representative in charge accompanied by facilitators for conversation who are also referred to as “fellows.” Radford’s representative is Anya Morgulis, and the two fellows are Rebecca Pinsky, who is also a member of SGA, and Olivia Thompson a member of Radford’s Scholar-Citizen program.

Morgulis and Pinsky attended a conference in St. Louis over the summer to learn how to “facilitate discussions.”

“You have to know how to keep the conversation going, and make sure it stays respectful,” Morgulis said.

As of the summer of 2015 ask big questions can exist on other college campuses without the need of a Hillel representative to facilitate discussion.

The conversations take place in a few parts: “The ask is the question being discussed, then the learn is usually an object, like a piece of music, a movie clip, or an article that you base discussions questions off of,” Pinsky explained.

Afterwards, there is a discussion where members of the group talk about the piece and the topic itself.
One of the larger discussion groups took place last semester on Dec. 2 in conjuncture with the Consent campaign on campus and Greek life. “

She also helped organize two separate discussion groups consisting of 30-35 members each on the issue of sexual assault and the definition of “consent.” The decision the groups came to is that “it has to be clear that it’s cool with them even if it does kill the moment.”

This is not the first time ABQ has combined efforts with other groups on campus. Morgulis routinely holds sessions at the CDI, as well as with some classes taught by Dr. Michele Ren, a professor of women’s studies at the university. The two upcoming discussions are after the Vagina Monologues on March 3 in the Bonnie and following day  for juniors and seniors in Radford’s ROTC program. 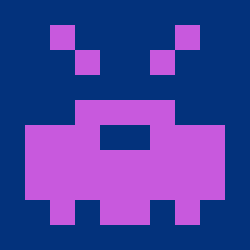 Latest posts by lwoodmansee (see all)