Every new year, people make numerous resolutions. Some for financial prosperity, some set goals to achieve, some strive to make changes to their lives.

However, there’s a standard resolution that is made every year by countless people. People set goals to go to the gym and work out, and some don’t follow through with it while some do.

Mbaida Nying, a Radford freshman and Art Education major said, “I hate resolutions like this because people come into the gym in the morning saying, ‘New Year, new me’ and stand at the ellipticals doing nothing, and lie on the mats taking up the whole area, when by the end of January, they [have] already given up.”

I created a survey on SurveyMonkey and posted it on the Radford University Class of 2022 Facebook page to see how many students have made this resolution and followed through. The statements were “My New Years resolution is to start working out in the gym,” “I’m committed to my resolution,” and “I’ve stuck by my resolution and will be going to the gym to work out.”

Out of all the students at Radford in that Facebook group, 16 responded to my survey.

11 students confirmed that their New Years resolution was to start working out at the gym while five responded “no.” In regard to whether or not they were committed to their resolution, five said “yes they’re committed,” and six said “No, I just said it to say it, I’ll work out when I feel like it” and five responded “I don’t know if I’ll commit or not.”

I finally questioned whether or not they’ve stuck with their resolution and eight students said “yes,” and eight said “no.”

The Struggle is Real

I think everyone struggles with making resolutions like this because we usually find excuses as to why we can’t commit.

I have said that this year my goal was to work out at the gym and lose weight, then again, I’ve said that for the past three New Years and never committed, not even to the most recent resolution I made. However, I haven’t been able to figure out how to manage work, clubs, and classes, and then trying to implement a solid work out regimen.

I think we should all take that extra step and commit to something, if not the gym, then another goal.

I challenge you to find something you want to do and commit to it, make your goal, your dream, and into reality, which will take it into existence and make it happen. You have the most significant impact on your own lives.

This year, challenge yourself, make goals and strive to achieve them, do anything, break barriers, commit to something and succeed at it so that when New Years of 2020 comes around you can engage fully and wholeheartedly to your resolutions.

Take the phrase “New Year, new me” to the next level and prove to yourself that your resolutions are profound goals that mean something to you. 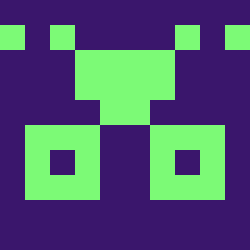