Seven years ago, Dr. Michael Moore had an idea. He would honor his late friend Dr. Don Martin by hosting a golf tournament in his name. Seven years later, that idea has bloomed into the popular Dr. Donald Martin Memorial Scholarship Golf Tournament that participants look forward to every year as a way to remember the avid golfer who lost his fight with stomach cancer not long ago.

“I hope all golfers have a great time with friends but I also hope people remember Dr. Don Martin for the man he was in the New River Valley community and to give to a great cause in his memory,” said Moore, an RU health and human performance professor. Moore knew Martin personally, as he was his sister-in-law’s father.

In 1969, Martin graduated from Virginia Tech and then moved on to the Medical College of Virginia where he would graduate in 1973 as valedictorian of his class. After finishing school, he then joined the United States Air Force, where he served as a captain. Upon finishing his time serving, he returned to Virginia where he would open his dentistry office in Pulaski in 1975. Martin would maintain that practice for 33 years and eventually be inducted in to the College of International Dentists in 2001.

Martin was a popular man and from anyone who was at the annual golf tournament on April 5, you could tell he was also really admired and missed. Martin’s best friend, who was also a dentist, Dr. Tom Haller Sr., was also a participant in the tournament and being able to be a part of this tournament means a lot to him.

“I will just say that anything in honor of Donnie Martin means a whole lot to me because he was one of my closest friends, both in the professional field of dentistry and also we played golf together,” Haller said.

The tournament has steadily picked up momentum and on April 5, 60 participants (or 15 foursomes) came out to celebrate and raise some money for the game that Martin so loved. The money that was raised will go into a scholarship fund for one lucky student to use towards their education. To date, the tournament has been able to raise enough money to give away two $2,000 scholarships.

This year Moore, Sandy Southern (Moore’s mother in law), Steve Martin (Martin’s brother) and several HHP students were able to round up more than 40 sponsorships for the tournament that was won by Joey Bower, Mike Carter, Matt Dean and Steven Thompson. The group was able to win after shooting 16 under par in the four person captain’s choice format.

There were several RU faculty members that participated besides Moore. J.P. Barfield, who is a professor for health and human performance, played in the tournament for the first time this year even though he did not know Martin.

“Dr. Moore helps to run/organize the tournament and he asked for participants. I thought the scholarship was a worthy cause and indicated that I would play,” Barfield said. He also stated that his favorite part was being able to play golf and socialize with others.

“We play in the tournament to support the department, play a different course in the area and play with new people and our goal every year is to come in last,” Kim Aspelmeier joked. So far they have succeeded and this past year they did it again, coming in last place.

Additionally, professor Harold Philippi Jr. participated in the tournament for the first time this year. He did not know Martin, as he has only been in Virginia since August of 2013. Philippi found out about the tournament after asking Moore who golfed on the staff at RU.

“I thought the idea for the tournament was a worthy charity/benefit to students and it also allowed me to get to know my fellow Highlanders better,” Philippi said.

Professor Donnie Tickle participated in the tournament as well and was on hand to help Moore set up on the day of the tournament.

“There are two reasons I really like playing in the tournament. One, I knew him and he was a really nice guy. He was good in the community. He treated everybody the same. When you played in a tournament with him it did not matter if you were an A player or the last player; you were a member of his team and he made you feel that way,” Tickle said. “I knew his family from growing up around them and they were all the same way. I like where the money goes to, which is the second reason I like to play. It is for a scholarship for a local kid in either Giles or Pulaski County, which are the two primary counties that he had an influence on. The additional plus is it’s a tournament Dr. Moore puts on but it’s also a tournament that students from HHP (Health and Human Performance) get to help with. It’s also a lot of fun.”

The tournament was held at Pulaski Country Club where Martin was a longtime member. His friend Haller is still a member there as well and he recalled the numerous hours and rounds of golf he and Martin spent at the country club.

“I would work at the office from 8 to 5 and I would come home and my wife would say your supper isn’t ready, go on down and putt some, and putting on the putting green down here when nobody was out at night was very relaxing to me,” Haller said. “A lot of times, I would meet Donnie out here and we would talk and putt and do all those things together. It was a great time and golf has been my life.”

Though a lot of their time was spent at Pulaski Country Club, the two friends and competitors did not stay stationary for long and travelled to many different places to play the game of golf.

“We played in the Sam Snead tournament over in Hot Springs for years together,” Haller said. “We went to England, we went to Scotland and we went to Ireland and played together. And while we were in Ireland we knew he was having trouble with his indigestion. He didn’t let it trouble him over there though.”

But three weeks after returning from Ireland, Martin started to suffer even more from stomach cancer.

Haller is now 84 and claims he does not play that much golf anymore, but he said he still tries to get out on the course two or three times a week during the summer.

Though Haller may have been the closest to Martin and Moore may be the one who organizes this event every year, it was clear to anyone at Pulaski Country Club on April 5 that Martin’s spirit lives on through the game of golf and through the lives that he touched. While everyone at the tournament may not have known him, it was apparent that everyone there had the utmost respect for Martin.

“I can’t say enough about him, I love him and I miss him,” Haller said. “But he’s up there making birdies and I’m down here making bogeys.” 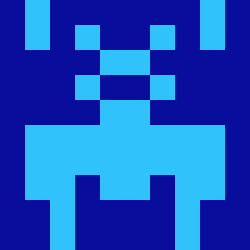