Tyler Perry’s big name character, Madea, makes her way back to the big screen in his latest film ‘A Madea Family Funeral.’ This is the twelfth installment in the Madea series and here is what I have to say about this latest release.

Having never watched any of the previous films, I must say I went into this movie with not a lot of context. Even with this being the case, I was able to dive into the movie fairly easily.

There is not a lot going on in this film. Most of the scenes are made up of dialogue and back and forth comedic banter with the characters whether it be in the home, hospital or hotel.The movie follows a family celebrating their parents 20th anniversary when a lot of wacky hi-jinks take place and all of a sudden the anniversary becomes a funeral.

This movie has a lot going on, with not a whole lot of focus. We are shown the family in their home, but it takes so long for all the characters to intertwine with each other. A lot of the scenes involve Madea and her elderly counterparts, such as Joe.

When the movie only shows the grieving family, it almost feels like an entirely different movie. Moreover, when the comedic reliefs return, it plays off like a drama with too much comedic effort.

Which also to point out, this movie has no true main character. We have Jessie and AJ, two brothers of the father who passes away, but they’re never a huge focus. Madea could arguably be considered the main character, but she also gets an equal level of screen time here.

There is not a lot going on in this film. Most of the scenes are made up of dialogue and back and forth comedic banter with the characters whether it be in the home, hospital or hotel.

In funeral scenes, we see a lot more movement of characters and overall interaction, which does make for a pretty interesting comedic twist on a funeral.

The film does end with some heavy dialogue in the last two scenes. With topics about family and relationships that gives more depth to Hattie, the grieving daughter. Although after that the movie ends on a lighter comedic note and finishes.

I found Joe’s character to be a little funnier than Madea. There is one funny scene that does shine a light on the issues of police brutality against people of color, which does provide for some good one-liners and commentary on the subject.

The Radford Theater in downtown Radford is showing this latest Madea film. Student prices are only $5. 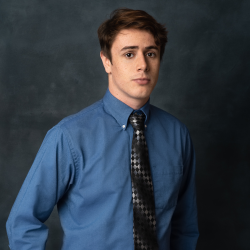 The Final Nail In the Coffin

Overall I think the comedy is not my style. It relies heavily on slapstick, cursing and sexual references, which while not bad, did not seem to be executed well. I took a mental count and only laughed out loud about 13 total times; however, there were some close chuckles in the mix I will admit.