There is a lot of history surrounding our campus. Most of the buildings are dedicated to key figures who helped shape the university when they’re people who don’t often think about the stories behind these buildings; however, they make for great history lessons.

Perhaps the most well-known building on campus is Muse Hall. This building is the largest residence hall on campus that houses 900 students on 13 floors. It was completed in 1970 and named after Leonard G. Muse. Muse was the first Rector of the College Board of Visitors.

Norwood Hall was built in 1939 using funds from the U.S. Public Works Administration which it was dedicated to the family who formerly owned the property Radford University was built on.

Walker Hall was named after Dr. Thomas Walker, an early explorer of Southwest Virginia. Construction began in 1935 and also used funds from the U.S. Public Works Administration. An annex was completed in 1964 and more than doubled the size of the building.

Jefferson and Madison Halls were named after Presidents Thomas Jefferson and James Madison, who were from Virginia. Both residence halls opened in 1967.

Russell Hall was the second residence hall built on campus and opened in 1928. When it was a residence hall, it housed 188 students and was considered modern for its time.

Russell Hall was named after Elizabeth Henry Campbell Russell, who was the sister of Patrick Henry. She was also the wife of William Campbell and William Russell, who fought in the Revolutionary War and were hailed as heroes.

Washington Hall was completed in 1967 and was initially in a low place on campus. It was developed in the 1920s in a sunken garden surrounded by flowers, trees, and shrubs. For a long time, it was used for May Day and other outdoor activities.

Ingles Hall was completed in Spring 1950 and was named after Mary Draper Ingles. She was the heroine of the Drapers Meadow Massacre of 1755. Ingles Hall was the first building built across Fairfax Street from Radford University’s original campus.

Draper Hall was constructed in 1959 and named after Bettie Draper. Like Mary Draper Ingles, Bettie Draper was also captured by Native Americans at Drapers Meadow. Her husband later rescued her.

Moffett Hall was completed in 1965 and named after Dr. M’Ledge Moffett. Dr. Moffett was a professor and served as the Dean of Women from 1913 to 1962.

McConnell Library was named after Dr. John Preston McConnell, the first president of Radford University. It was completed in 1932 and originally had two floors. These two floors were supplemented in 1967 by an annex of four floors.

Young Hall was completed in 1968 as both a classroom and office building. It was named after former dean Dr. Robert Young.

This is just a small part of the history of our campus. A lot has changed over the years, while the buildings themselves have remained intact. I encourage everyone to read about the history of their school.

You may be surprised by what you learn. 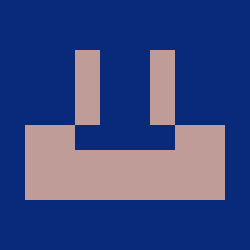