On the morning of Sept. 11, 2001, the world watched in horror as the World Trade Center collapsed.

But just minutes earlier, people were at work and school. They were walking their dogs and taking their kids to daycare. People were going about their everyday lives. If they only knew just how much the world would change because of these events.

This year marks the eighteenth anniversary of the attack on the World Trade Center and the Pentagon. With almost 3,000 casualties in the attacks in New York, Washington DC, and the victims of United Airlines 93, and even more injured, America was in grief. The loss was high, and Americans were scared.

After this great tragedy, the world changed.

Today we live in a post-9/11 world. Airport security is intense, anti-Muslim attacks have risen, and the world is always on alert for terrorism.

But most children, teenagers, and even those in their early twenties don’t realize this. Talk to any adult who lived through the attacks, and they can recount precisely where they were. They will never forget.

Children born in 2001 are eighteen, or will be, before the year is over. They are possibly seniors in high school and growing up in a world that is always on threat-watch.

Riley also said, “The lives of the victims, rescue workers, and passengers in the planes should be remembered and honored for their sacrifice.”They will never know what it’s like to get on an airplane without rigorous security and searching, or what it was like to see someone get off the plane right at the gate. And talking about 9/11 doesn’t have the same impact as someone who remembers it.

Radford freshman Riley Jarrells said, “I was very young when 9/11 happened, but every year at school we were taught what happened, and I heard my friends and family members speak of how horrifying it was for them.”

Sept. 11 will continue to be one of America’s greatest tragedies. It will remain a somber time in the history of the United States, but remembering the victims, the families they have left behind, and the first responders on the scenes are what is important.

Riley also said, “The lives of the victims, rescue workers, and passengers in the planes should be remembered and honored for their sacrifice.”

It was a time of great nationalism, where Americans, no matter their race, ethnicity, cultural background or gender, banded together to show that these horrible events weren’t going to cause them to breakdown. These events redefined what it meant to be an American: helping to look towards a much brighter future. 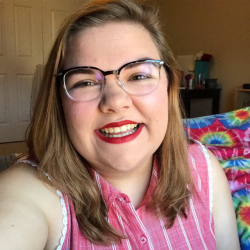 Caitlin Billman
Hey! I'm Caitlin and I'm a 21-year-old college student at Radford University! I'm a sophomore and I'm majoring in media studies, with a concentration in journalism. I'm originally from Texas, but in January 2015, my family and I moved to Seoul, South Korea where we lived for three years for my mom's job; she works for the Army Corp of Engineers. Just to specify, that's South Korea, not North Korea. I love Korean BBQ, hate K-Pop, and I only speak a little Korean. My family and I moved to Virginia in 2018. I love watching movies, writing, listening to music, and baking amazing sweets.