Savages: The Savages are a British all-female post-punk rock band, which formed in 2011.  This is a well-known band in the UK which is becoming popular worldwide.  “Husbands,” is the first single of the group which helped prove their status as a punk rock band which is hard to come by since the group is all female.

Taken 2: The sequel to “Taken,” retired CIA operative Bryan Mills goes to Istanbul for work, and his ex-wife and daughter meet him there as a surprise.  Mills and his ex-wife are taken hostage by the father of the kidnapper Mills previously killed while rescuing his daughter in the first movie. If you’re looking for a suspensful action movie then this is a great choice!

“Girls”: This HBO series stars four girls that are in their 20s, just out of college and realizing the realisms and hardships of life.  This show is a spin off of Sex and the City and shows the more realistic side of sisterhood and friendship throughout the everyday happenings of life.

4 Pics 1 Word: Want a real brainteaser?  Try playing 4 Pics 1 Word, this game shows four different images and they all have one thing in common.  The gamer’s job is to decide what word the pictures are trying to describe.  Can you guess the word?

The Perks of Being a Wallflower: Make sure to read this book before watching the movie that came out last October.  This is a novel that will keep you hooked.  Charlie’s friend commits suicide, leaving him alone and having to participate in life.  He meets a group of kids who are older than him and introduces him to a life of partying.  This book is filled with letters where Charlie opens up to a stranger and writes about his family, friends, and his approach on growing up. 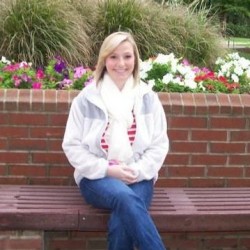 Latest posts by rlknicely (see all)