If you enjoyed the spooky season as a child but weren’t too keen on the frightening aspect of it, you may have found yourself watching the more child-friendly movies and tv specials. Well, if you’re still a faint-hearted individual, this list of Halloween movies, in no particular order, may come in handy.

Scary Godmother is an excellent choice for a starter movie to get into the Halloween spirit.

The main character, Jimmy, and his friends are a little older than his cousin Hannah and view her as a baby. They play a mean trick on her. Fortunately for our young protagonist Hannah, it backfires.

This movie is not scary in the slightest. It is suitable for people of all ages. So if you’re not afraid of a little teasing, this movie is for you.

The Corpse Bride is an animated film directed by Tim Burton. As expected from any production of Burton’s, the movie is creepy.

The movie is based in the 19th century and is about the arranged marriage of two young people. They don’t meet until the day before their wedding but have a love-at-first-sight connection.

Victor, our young groom, goofs at rehearsal and runs into the woods to clear his thoughts and practice his vows. He says them and slips his ring on, what the audience thinks is a withering branch but soon find out it is not.

Victor discovers his life is about to get very complicated and maybe even cause death.

Coraline is a movie with mixed reviews. If you watched it as a kid, you either loved it, or it gave you nightmares for years to come. There seems to be no in-between.

The movie focused on a young girl named Coraline. She and her parents moved to an old home, leaving their old life back in Michigan. Coraline’s parents ignore her because they are too focused on their work.

During the movie, her father tells her to explore the old home so he can work in peace, and her mother makes a deal to open this old boarded-up door so she can leave her alone as well.

They are some of the worst parents I’ve ever seen. They enabled Coraline to embark on this adventure. I mean, who lets their child crawl through small doors in a house over a century old?

We soon find Coraline enjoying life on the other side of the door. After a few trips there, the scenes become eerie, and she realizes it isn’t what it seems.

Monster House is a movie about three kids and their trip to their cantankerous old neighbors home, Horace Nebbercracker.

He hates when the neighborhood kids come unto his lawn. Despite his warnings, the kids venture into his house and make a spooky discovery.

It is safe to say this Halloween is forever embedded in their memories. This story was maybe a little creepy as kids, but now it should be an easy watch.

As another Tim Burton flick, when this director steps to the big screen, he brings a particular creepy element with him.

Frankenweenie is a story based around a young Victor Frankenstein and his little dog Sparky. Like most dogs, Sparky was a boy’s best friend.

After an untimely accident, Frankenstein was determined to rescue Sparky, in which he was successful. Although he has his precious Sparky back, Victor has a much bigger issue on his hands.

From the classic Burton art style to the dead rising, Frankenweenie is a good Halloween special. This one may or may not have given you nightmares as a child. 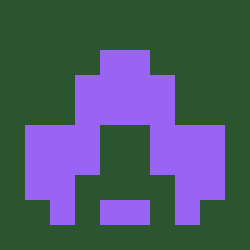